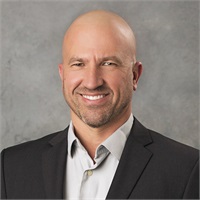 Xavier Desforges joined TownSquare Capital as the Head of Trading in September 2017 where he oversees the trading for almost $2 billion in AUM. His focus and attention to detail help him ensure that all of the models are managed accurately and efficiently as per the investment managers’ trade signals.

Currently, he oversees the administration of all the SMA portfolios which includes the allocation of new accounts, and block trading existing accounts as trade signals are received. In addition, he is responsible for managing and addressing cash in the accounts that are managed by TownSquare.

Prior to joining TownSquare Capital, Xavier oversaw the trade desk for 2 different firms, each with AUM over $1 billion.

He has served several years as an intelligence non-commissioned officer in the French Military, including two tours on the African continent. Xavier is an avid cyclist and enjoys spending time in the outdoors and with his family.